Home Featured Battle of the Iron Hearts: Hearts of Iron 3 vs Hearts of... 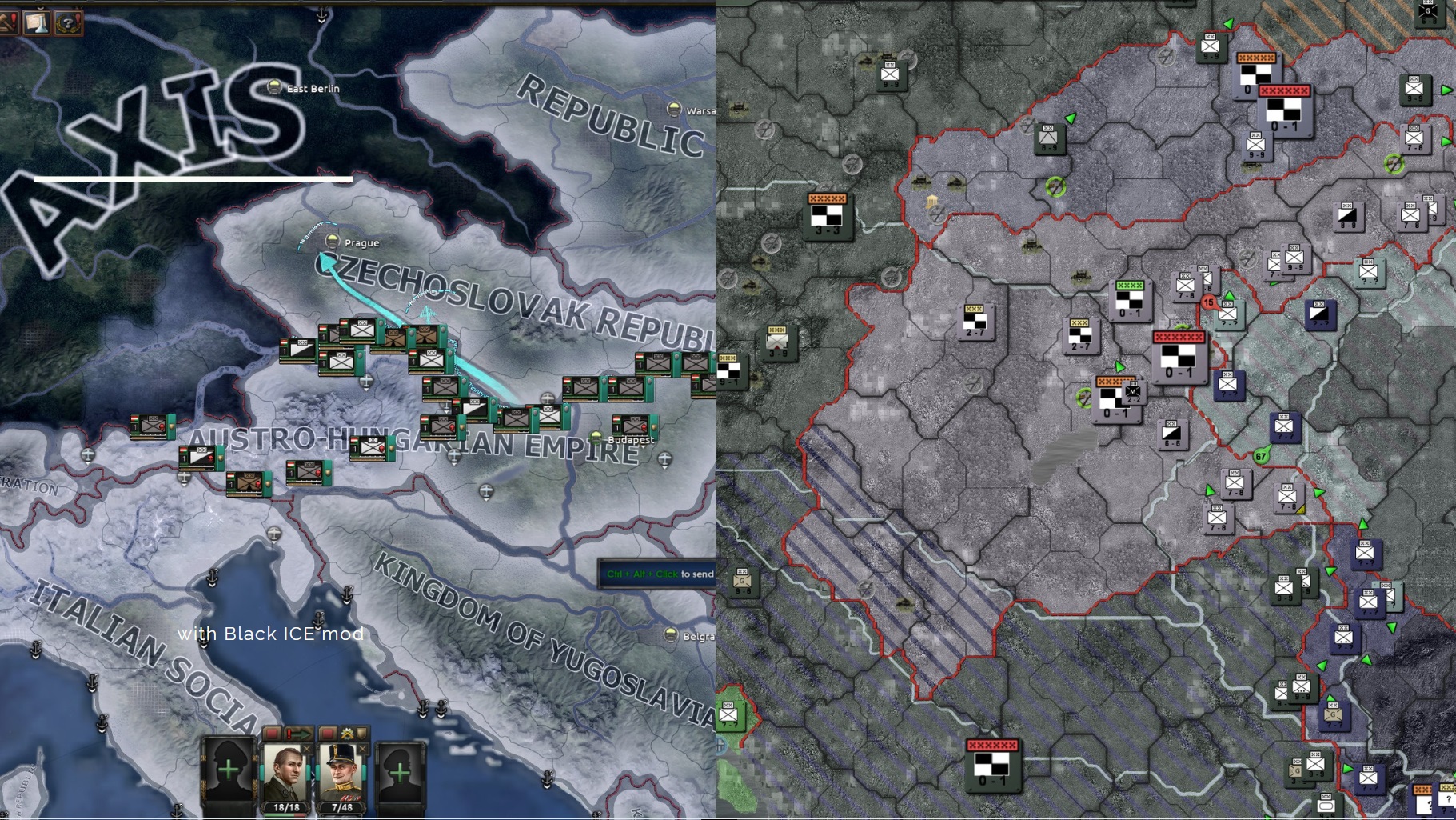 The beating of the war drums calls for the clash of titans, THE BATTLE OF THE IRON HEARTS! I will determine once and for all which of the Hearts of Iron heavyweights would take the championship for best wargame simulation from Paradox!

Most wargamers share the sentiment that Hearts of Iron 3 is the superior game when it comes to simulating warfare. Especially when paired with the historically immersive Black Ice mod. So to be fair, I have used the latest version of the mod for both games. Black Ice 10.33 for Heart of Iron 3 and Black Ice for 1.8.2 for Hearts of Iron 4.

The biggest difference for wargamers, when comparing these two games is the warfare mechanic (Order of Battle), industry, and the freedom to create your alternate history. Playing as Hungary in Heart of Iron 3. I spent a couple of hours just reorganizing the order of battle for the small, but yet, somewhat powerful Hungarian army. When I started sorting out division, corps, army and theatre army. It felt like I was in command of an actual army and not bunching up units under one general.

When the war kicked off against Poland. I noticed how every battle fought gave a sense of military triumph over my enemies. Battles took longer to conclude, each province may take a few drawn-out battles before it’s gained by the victors. I could see why my units were staunch defenders, holding out, right to the last men until reinforcements arrived. Since each army in full supply would have 14 days of supply to last them. They don’t easily falter, even when surrounded and cut off from friendly supply lines. Provinces were not easily gained or lost unlike in Heart of Iron 4, where either one of you could steamroll the other without before knowing what hit them.

In Hearts of Iron 4, even when I had the enemy surrounded on 3 sides. I could still lose the battle without knowing why. The small coloured indicator that appears on top of every battle is also less accurate in Hearts of iron 4. At times even at a slower speed, you can lose province before seeing any red battle indicators.

The AI generals take control much of the battle plans and deciding on how to best execute it. And most of the time quite poorly. Instead, you have to grab inactive units and tasked them to charge the lines. And before long the AI general may have a change of heart and pulled your units who have just marched 3 provinces back to another front line. Frustrating.

This doesn’t happen in Hearts of Iron 3. Instead, you have to micromanage your units on all fronts, but in doing so, you find yourself playing the game more like a turn-based wargame rather than a normal Paradox game. Not necessarily a bad thing but more monotonous and methodical. I also liked the arrow indicators on the unit’s movements across the map. This gives you a very clear picture at a glance, on how your advancement of the front lines and where it needs your attention.

Now, let’s look at the industry. I find this to be the weakest part of Hearts of Iron 3. This is also persistent with the last generation of Paradox games like Victoria 2. Please don’t hurt me. I am talking about the cursed sliders. I always had to adjust the sliders to its “Needed” settings. Before long, I had to do it all over again. Even with the AI settings turned on, it still manages to be an unnecessary mini-game for me in an otherwise great game.

In Hearts of Iron 3, supplies are inclusive of weapons, armoured vehicles or just about anything needed in war. But you can’t decide on what vehicles or weapons your soldiers are going to use. Instead, you’ll use IC (Industry Capacity) for both manufacturing military supplies and civilian goods. This simplifies the whole process of manufacturing and training the regiments for your army. Maybe some wargamers would enjoy the more hands-free approach of the industry in Heart of Iron 3 but not me. I prefer to get down and dirty with the DETAILS!

Hearts of Iron 4 employs a believable solution by using military and civilian factories separately. Historically, many civilian factories were converted to manufacturing military equipment during World War 2. Older equipment taken from defeated nations is used by your army, instead of being discarded. Of course, you are now tasked to make use of the equipment in your army template which makes it a bit micro “managy“. Basically there is more nuance in handling the preparation for war. Something I wish existed in the already splendid wargame that is Hearts of Iron 3.

One of the coolest aspects of playing Hearts of Iron 3, is the historically relevant victory conditions for the Allies, Axis and Comitern powers. You get to choose which province to hold or which country would enter into your alliance. All these add up to your victory points. It gives you a direction on your war goals from the start of the game.

Hearts of Iron 4 doesn’t fail in this regard either. It improved upon it greatly by introducing nation focus trees that are unique to most major nations, including Hungary. In my playthrough, I was able to reunite with Austria, before Hitler did, into the Austro-Hungarian Empire once again. I even took Caparthenia Rhutenia from Czechoslovakia over a border conflict. There are more historical events in Hearts of Iron 4 that could trigger geopolitical moves costing or gifting your provinces. It feels fun and realistic when events like these happen.

Intelligence or spy-craft was, however, greatly lacking in Hearts of Iron 4. This was only recently added with the last DLC, Le Resistance. On the other hand, Hearts of Iron 3 had already incorporated this into the fabric of the game mechanic. And you can see how fundamental the mechanics are to the gameplay. Spying on the enemy’s military position or stealing tech is vital for some nations to get the edge. I could see the number of army theatres and enemy location before declaring war. Embarrassingly though, I also lost some technologies for not funding enough in counter-espionage.

After all these, I am still torn between deciding which is the better of the two. Hearts of Iron 3 does a great job in making me feel like a general of the nation’s army. Carefully plotting out the movements of my units and securing positions. It’s also the most historically accurate of the two games by presenting a more proportionate army composition of each nation. Even so, Hearts of Iron 4 excels in prewar planning and production. It allows you to decide on equipment used by your army and resource trading is simplified by trading your valuable civilian factories for resources. Honestly, I would leave the trading to the AI in Hearts of Iron 3 who does a great job in keeping everything afloat but does little in engaging with me. Even when I conduct my own trade without the AI, the system leaves much to be desired.

Maybe the only logical solution is to marry these two games together. Playing the pre-war preparation phase in Hearts of Iron 4 then port it to Hearts of Iron 3 when the gauntlet is thrown down on the world stage.