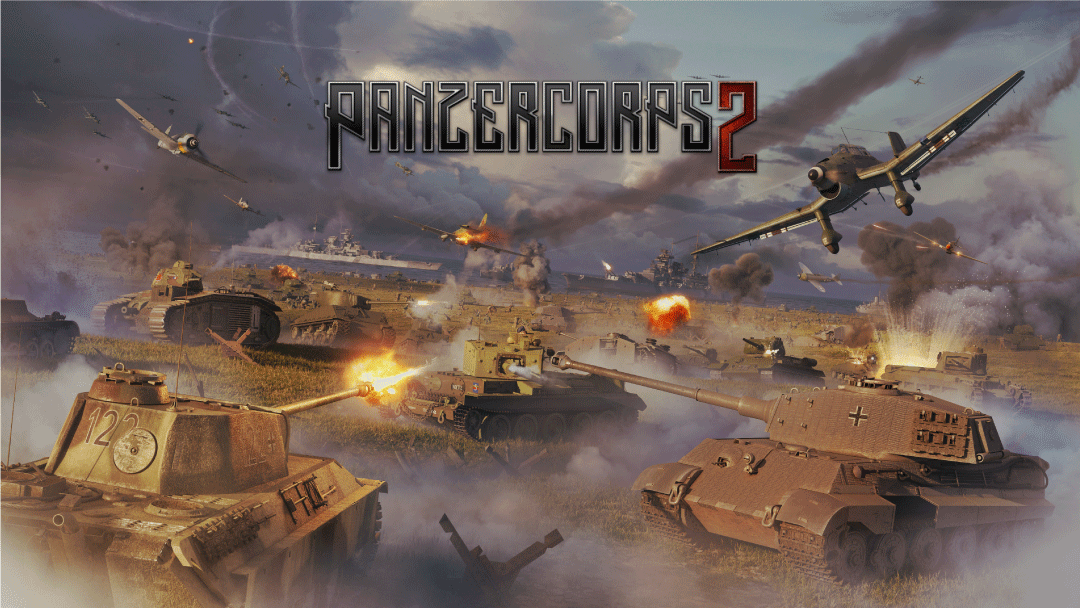 Welcome back to the front after rest and refit in the Alps! The long-awaited next installation in the Panzer General has arrived. Not just a 3-D reskin, this modern incarnation abides by the spirit of the classic hex-based tactical wargaming series while also breathing new life into a tried and true formula.

For the uninitiated conscripts out there, the main feature of the game is a long, branching campaign that pits your ever-evolving WW2 Wehrmacht forces against a slew of historical and historically inspired enemies. How well you shepherd your men and machines determines whether you end up defending Berlin in 1945 on the Elbe, driving Panzers to the American west coast, or, perhaps, sacked for failing missions. For hardened veterans, the game updates the classic tactical WW2 battlefield with several new concepts: RPG-lite elements giving your campaign avatar persistent special traits, qualitatively significant hero characters to give to units, and an improved supply system that lets you simulate huge encirclements. Below will be described some of the new features and how they play out.

First, how does the game work? PC2 is a hex-based alternating turn tactics game where units of infantry, tanks, planes, and other unit classes have ten strength points (fifteen for infantry), various attack and defense stats, and supply stores, which are replenished each turn. Each side moves and/or attacks with all of their units on their turn to wrest control of victory points and, more importantly, in PC2 than in previous renditions, supply points. Planes now must return to their home airfield or rebase every turn. Campaign scenarios for now generally rely on victory point capture, though DLC will likely add varied victory conditions as in PC1. Units cost prestige, which is gained per turn, by capturing enemy units, and by claiming victory points.

New in PC2 is the slots system, which is an additional restriction on how you deploy your units. You used to be able to deploy one unit per unit slot, leading to players amassing armies of Tigers and Panthers. How, these titans command a hefty slot price in addition to prestige, meaning there is much more tactical fluidity on how the player can tackle a mission. Similarly, overstrength units now cost additional slots, allowing commanders to focus firepower on their most experienced and, with heroes as explained later, overpowered ones.

To succeed, players must rely on combined arms tactics to foray a tactical landscape encompassing heavily entrenched urban zones, amphibious landings, and the looming fortresses of the Maginot line and Sevastopol. Artillery and level bombers suppress enemy units (lasting the whole turn now), while infantry and tanks lead the assault in close terrain (cities and forests) and open ground, respectively. Support units (artillery and anti-tank units) have been revamped since PC1. Both provide support fire now, with some nuances differing among the different sizes of artillery. Your humble infantry guns have two ranges and only offer support against soft targets.

In comparison, the formidable 18 cm Morser like all anti-tank units supports only against hard targets as well as enemy artillery firing anywhere within its four range. At the top of the pyramid lies the uber-weapons such as the Karl-Gerät, which almost one-shots anything, though massively expensive and non-replaceable. While many players will still want to run an army of pure powerhouses, the developers have subtly and effectively, made this balance of forces necessary by providing a relative crunch of unit slots and making support units cost less.

The last major change worth noting is that engineers function quite differently now in terms of balance. They will completely nullify entrenchment bonuses with their attack, have very high close combat defense (most other units till later armor have no close defense at all), and negate half of the entrenchment for neighboring units

Besides all of these unit-based changes, the supply system has taken on just two small mechanics changes with substantial ramifications. Namely, units that are surrounded without access to a supply point will now slowly degrade, taking cumulative suppression points among other penalties. This mechanic adds a whole new dimension to the game, allowing players to, instead of forcing their way through strongpoints, bypass, encircle, and leave them to mop up in a few turns, much as Germans did with blitzkrieg maneuvering.

Now, onto the bigger picture. The game offers several different modes, as of launch. Newest is perhaps the tactical puzzles, where you have a minimal setup and time frame to accomplish a seemingly impossible goal. These puzzles require an intimate understanding of all of your units’ strengths and weaknesses, as well as game mechanics. For example, the first puzzle requires the player to block off retreat paths for a greatly suppressed enemy unit, forcing it onto a river. Then, because it cannot retreat anymore, it can be destroyed there. There are also eight scenarios for the field marshall edition and multiplayer, which I have not played yet due to the campaign.

The primary offering, of course, is a 60-odd map branching campaign with about 5 or 6 different segments such as Poland, 1940 Europe, Operation Barbarossa, the African campaign, and the Western Europe campaigns that are combined both based on player and choice and player success. Accumulation of enough prestige achieving certain bonus objectives allows the player to go down a-historic routes, bringing the German juggernaut both to the US and into the heart of Russia.

Additionally, players have choices within each segment: Barbarossa can be taken as part of army group north, center, or south, with altered scenario setups or completely different maps. Players also have the choice to jump in at the beginning of any segment with appropriate starting forces. Perhaps most notably are the greatly expanded campaign options, ranging from standards such as difficulty choices (generalissimos is no joke at all), randomness sliders, and player handicaps or bonuses to extras like the classical hardcore difficulty modes as well as an ironman mode.

As if this weren’t enough replayability, the aforementioned heroes and general traits multiply gameplay possibilities manifold. As opposed to previous games, heroes, three max per unit with one gained per scenario, now bring new capabilities to units, rather than simple stat bonuses. For example, you could have a Tiger tank with a double attack, or you could have extra overstrength infantry with 25 pips that gain one defense per hit point lost.

The combinations are endless and, to be honest, both fun and wholly overpowered in some cases. Finally, upon the campaign start, the player has a laundry list of perks and debuffs, bought using a point system, that they can bestow persistently upon their entire force. These can range from minor (extra prestige per flag captured) to potentially powerful ones (three extra heroes at the beginning), and the maluses can be a minor nuisance (10% fewer core slots) to completely debilitating (try taking double ammo used and bad resupply in the snow!).

On top of all of this, the new 3-D graphics, though initially derided by many, myself included, do provide enough eye-candy, especially when taken way up. Camouflage layouts can be applied individually to units to differentiate and customize your favorite Stuka or Panzerjager. Upon launch, there were some issues with graphics card usage, but developers have been extremely responsive, including some bugs that I found. All in all, an excellent start to a new series, the DLCs, two of which come free with the field marshall edition, will likely expand on mechanics and scenario offerings. Achtung, panzer!

Blocks! Hammer of the Scots Review

Book Review for Dunkirk Fight To The Last Man by High...

Battle of the Iron Hearts: Hearts of Iron 3 vs Hearts...