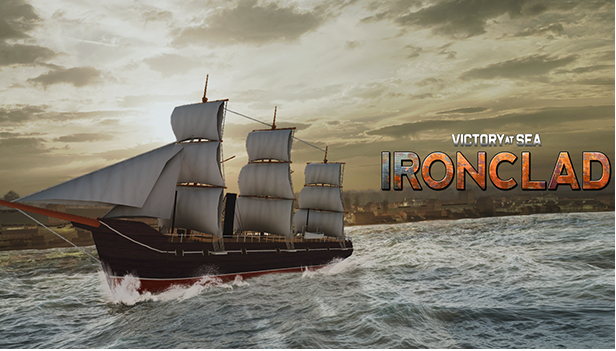 The creators of Victory At Sea, Evil Twin Artworks who was behind 2014’s Victory at Sea (73% positive Steam reviews) and 2018’s Victory at Sea Pacific (62% positive on Steam) suddenly drop a full demo for Victory At Sea Ironclad, featuring a comprehensive tutorial covering the naval battles during the American Civil War – my favourite war period of all time!

I had a chance to give the demo a go, and I am glad to report there have been no bugs in the tutorials so far. The user interface looks to be the same as the other Victory At Sea series, which is simple to use and comprehensive. From my first impression, players can choose ships formations during battles.

Similar to the series, you are also in charge of moving fleets across a large strategic map. Still, this time it looks to be less convoluted than Victory At Sea: Pacific, given that this era had more riverside raids than island hopping with your marines. Gameplay mechanics are largely the same- raid forts and unload your troops to take control of it fully.

You can take a look at some of the screenshots I was able to take during the tutorial missions.