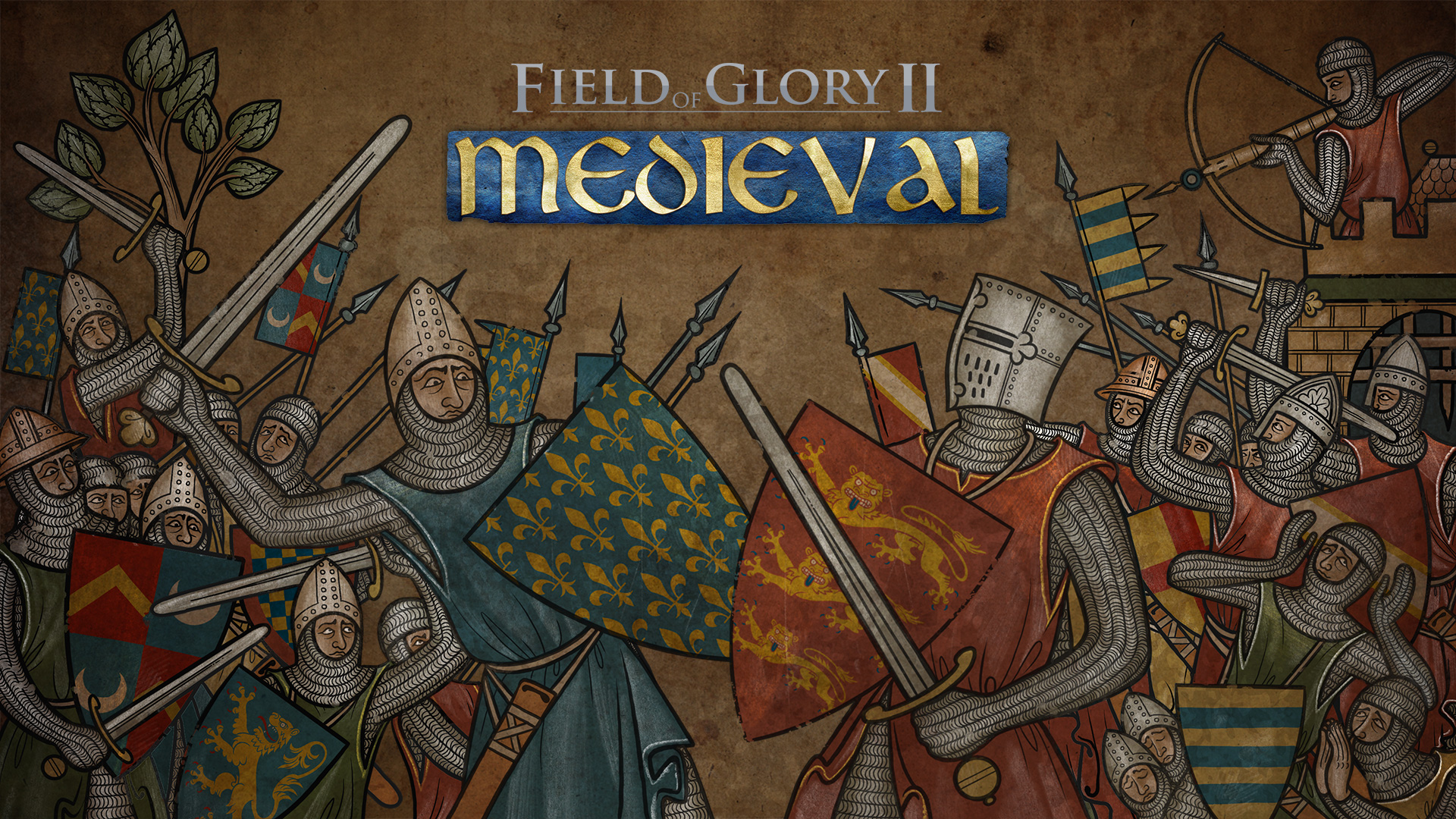 To my knowledge, there are not that many medieval tactical wargames out there. I can name a few of the top of my head like Total War Medieval 2 and XIII Century. Both are great games in their own rights but none of them really tickle my love for miniature wargaming like the Field of Glory series.

Field of Glory Medieval leverages on the same engine as the Field of Glory 2. This time around, the graphics look more polished and vivid. Colorful barding of the medieval cataphract pops out as much as a skilled miniature painter could paint a pewter model. Unlike the plain colors seen in Field of Glory 2, historically detailed banners are now strewn on top of every unit giving the player a prominent view of their command. These new additions add a layer of character rarely seen in your typical computer wargame. For once, you can enjoy the eye candy of a wargame.

Now, you won’t be faulted for assuming that the gameplay will be similar to Field of Glory 2. It may use the same engine; however, beneath it is a totally different rule set that governs the medieval battlefield. For instance, with the uptick in cavalry usage during this era, players will have more flanking opportunities than ancient warfare.

Terrain also plays a crucial part in determining where to engage the enemies. Certain units are only effective on open ground, such as cavalries. Whilst others thrive on rough terrain like marshes. Please understand me, Field of Glory 2 obeys similar terrain rules, but this time, you have thicker forests, hilly topography, and a wider variety of unit types at your disposal. Knowing well how each unit operates is absolutely vital in winning the games. It’s a less smash and bash wargame and more of a maneuver and flank wargame. Try playing the second tutorial without much thought, and you’ll see how devastating bad positioning can be.

If you’re expecting a strategic campaign seen in Field of Glory: Empire, then you’ll be disappointed. Whether or not Byzantine Games would add that in the future may depend on this game’s success. Single-player content consists of several campaigns focusing on the High Middle Ages from 1040 AD to 1270 AD. Instead of arid deserts of the middle east from Field of Glory 2, players will be treated to the lush greenery of rolling hills and dense forests of the European countryside. I can’t imagine painting this landscape if I set up a similar game on an actual tabletop.

There’s no lack of content as the game packs with 5 major campaigns tied up in a multi-battle system seen in Field of Glory 2; you’ll also have a sandbox campaign if you would like to get your feet wet on trying to recreate any historical campaign. Say like the Battle of Bouvines covering the Fench-Anglo War? The game also offers great battle editor tools to facilitate your creativity in creating your very own battles.

You’ll be pleased to know that you can now play the infamous Mongolian army that terrorized Russia during this time period thanks to great generals like Subudai. I was pleasantly surprised that there is a Mongolian campaign focussing on this invasion. Soon you’ll come to realize why the Mongolians were so feared throughout the world during this period.

There are a total of 29 nations and 57 army lists to choose from. Command the Teutonic Knights, Cumans, Old Prussians among other friendly armies who were certainly very nice to their neighbors. I don’t think I need to tell you how long it would take to paint every one of this model painstakingly in real life. This game will certainly save you lots of time from painting these armies. As a matter of fact, I’ve not even completed my ancient Carthaginian army, although I won’t argue that there is joy in painting your own army.

Even though this game is polished and fulfills my expectations, I am still left wanting more. An expansive campaign with a deep historical narrative based on a single conflict would carve out a memorial experience for wargamers. Imagined hand-drawn cutscenes similar to the beautiful tapestry of the menu retelling the Norman conquest of England and placing you as the English defender against overwhelming odds. Of course, one can hope for a DLC covering Chinggis Khan’s rise on the Eurasia steppes culminating in the Jinn dynasty’s invasion. This may be asking too much for an expansion, but one can always hope for it.

There is certainly no fear of any lack of content or regurgitation of its predecessor. Field of Glory 2 Medieval is very much a standalone game that can stand proudly on its own as among the pantheon of computer wargames. Ultimately Field of Glory 2 Medieval is an excellent recreation and simulation of the miniature wargame that is becoming more difficult to enjoy with your friends during the pandemic. I am glad that I have the opportunity to enjoy it in its full glory.

Campaign Series Legion – A Fun Interview with Jason Petho in 2021

Battle of the Iron Hearts: Hearts of Iron 3 vs Hearts...

Blocks! Hammer of the Scots Review

ABOUT US
The Avid Wargamer is a place dedicated to computer wargaming with a focus on military history. The goal of this site is to promote and propagate computer wargaming to a large audience.
Contact us: maxchee@avidwargamer.com
FOLLOW US